To Question the Unquestioning- exhibition catalogue and rationale 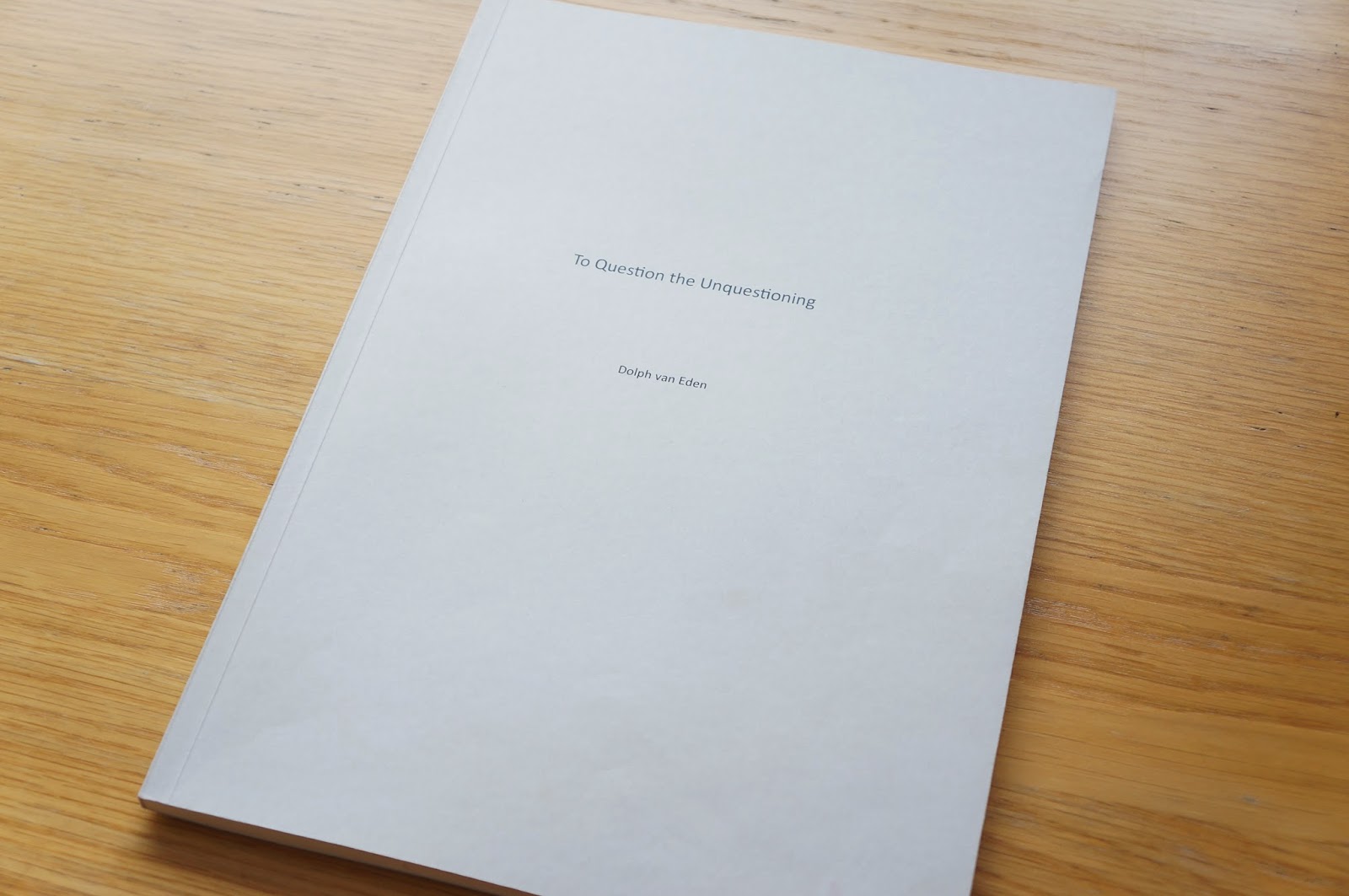 ‘The veracity of the portrait is questionable, whether it is presented photographically or via the medium of drawing. It is undeniable that the portrait has retained much of its social relevance throughout the ages from Antiquity to the present day. At the crux of the portrait may lie aspects of narcissism; literally an attempt to ‘possess’ ones own likeness, reaching towards a reflection that becomes detached, fragmented and discontinuous as soon as it is grasped. The myth of Narcissus serves as an apposite analogy for the portraits presented in this book. The ‘perfect likeness’ seen by Narcissus proved to be an illusion. Therein lies the lack of fulfilled promise ultimately leading to profound pessimism.’

Extract from the preface of the exhibition catalogue, ‘To Question the Unquestioning’

The drawings are derived from documentary film footage captured from digital broadcasts. I ‘froze’ and advanced at least two frames to create a slightly disjointed effect that reflected my own subjective viewpoint. By looking over hours of video footage, I became increasingly aware of the shift in my response to the documentary ‘evidence’ presented through film and image. The live drumhead court-martial and subsequent execution of Elena and Nicholae Ceaușescu indirectly led me to view the show trial and murder of Liberian president, Samuel Doe. Both broadcasts (they were circulated to international news agencies) show atrocities perpetrated against individuals responsible for the loss of lives of many. Both broadcasts, in some way, demonstrate the reversal of the roles of influential principals. Knowing the pain and suffering inflicted directly or indirectly by such individuals didn’t make viewing their own personal suffering any easier. 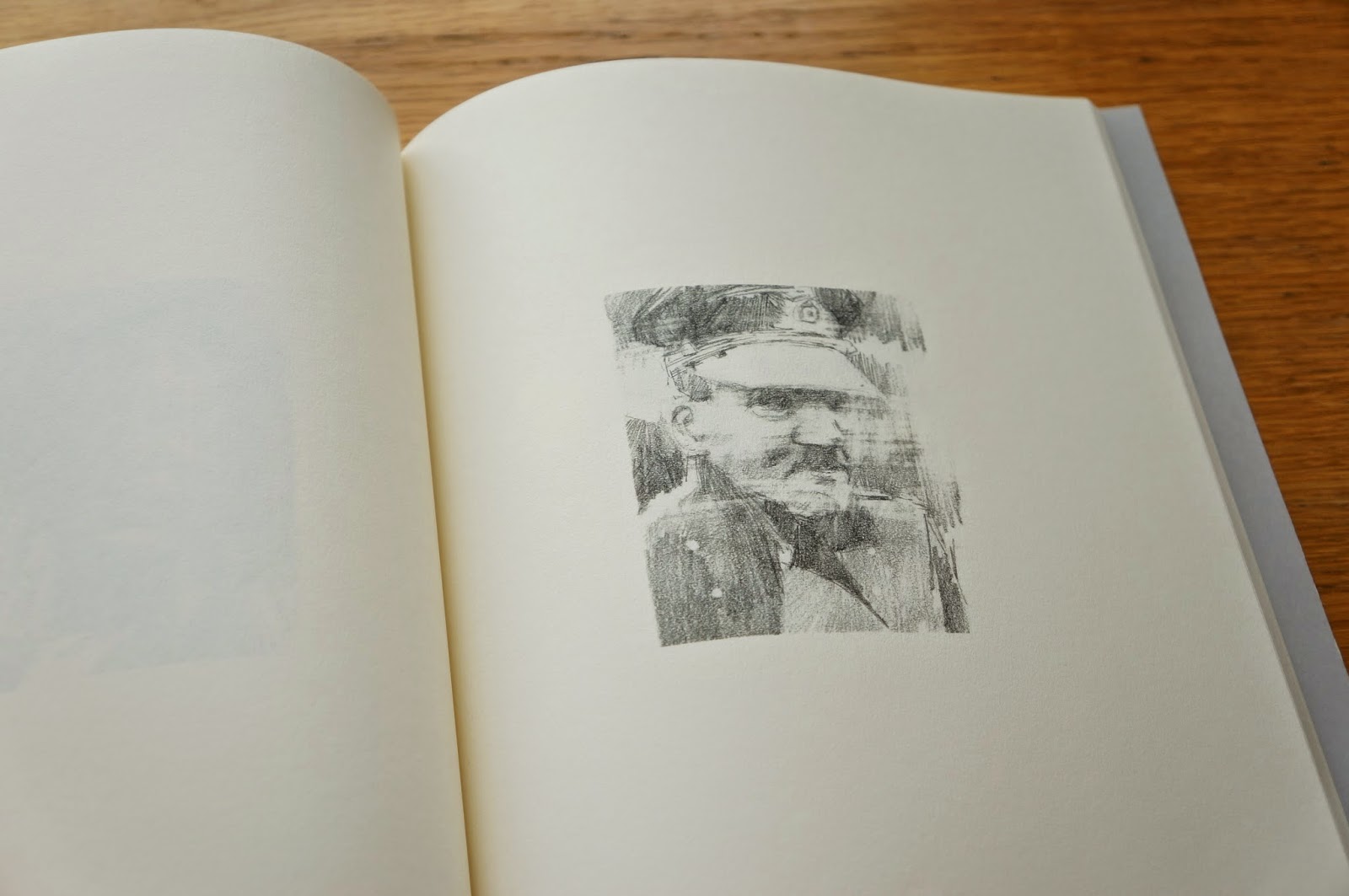 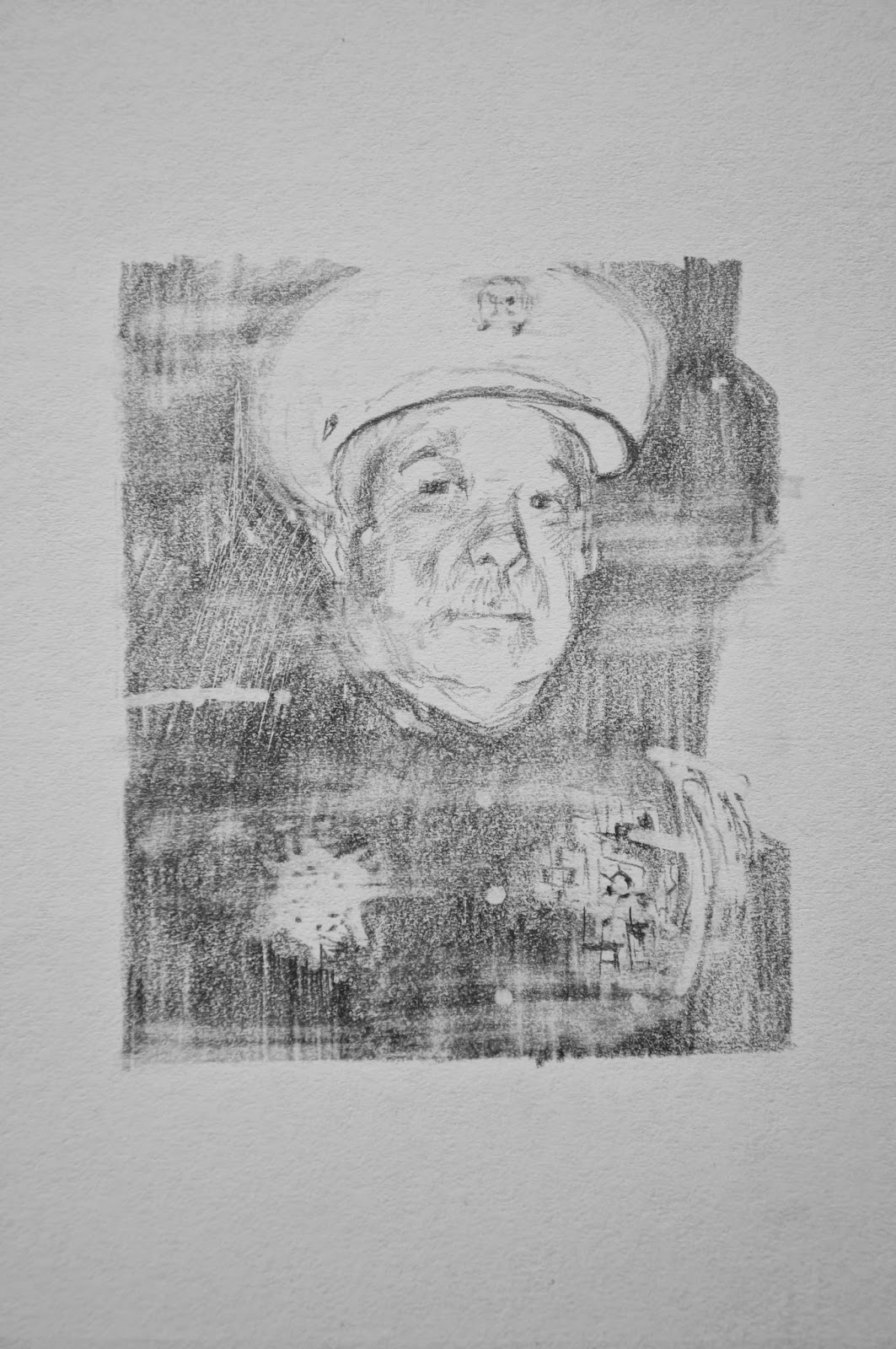 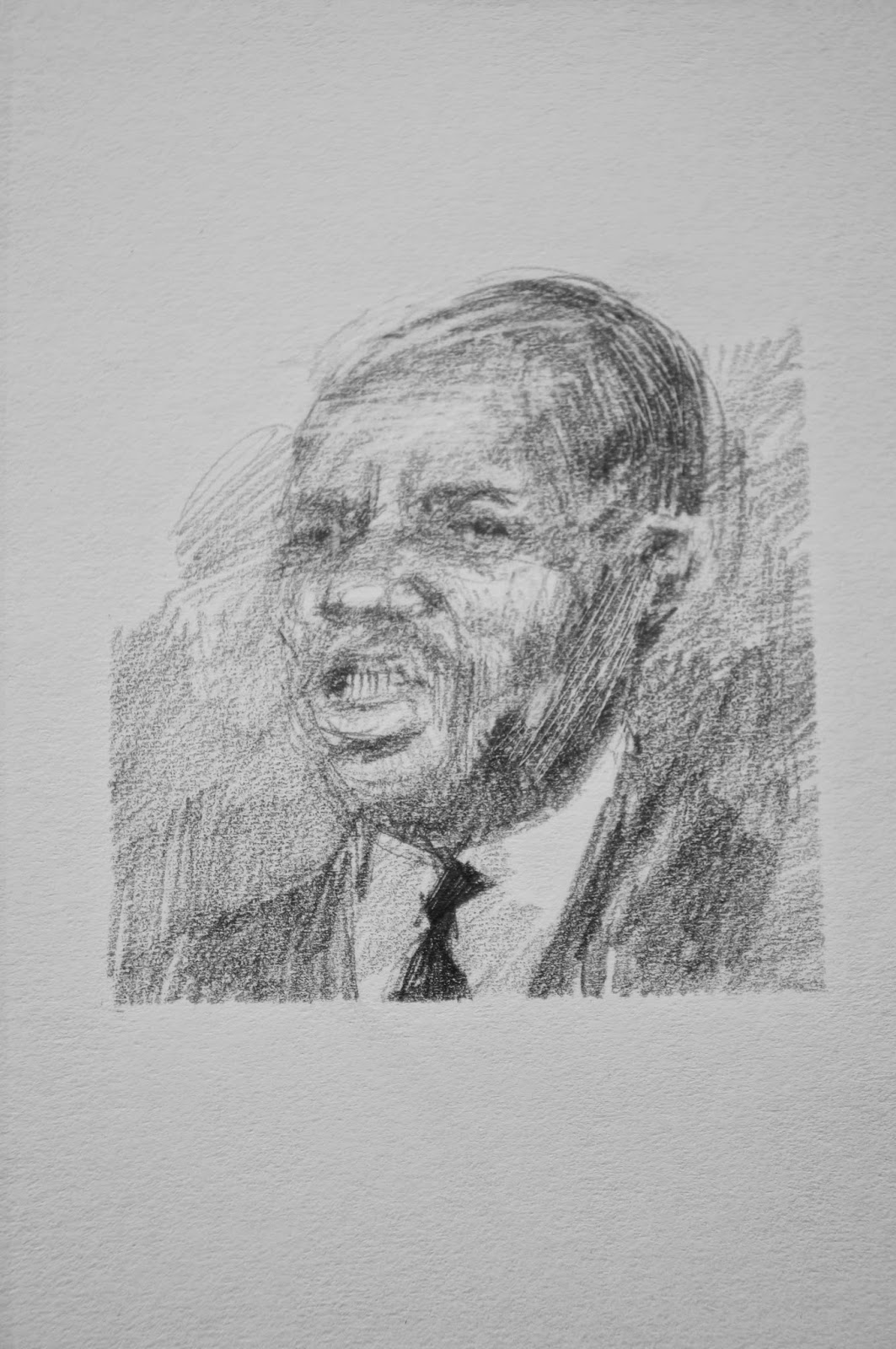 Each selected image is a representation of a person who has used mass media and technologies of mass production to progress an idealised idea of the said entity. A complex process of inspiring and gaining unquestioning devotion, loyalty and praise (the ‘unquestioning’ of the exhibition and catalogue title) leads to the establishment of a cult of personality. I present the subjects in various states of psychological, physical or symbolic vulnerability. It was sometimes difficult to obtain footage clearly illustrating such states (for example, the above images show Adolf Hitler emerging from the Führerbunker for the final time, Rafael Trujillo broadcast in a damning documentary, Hastings Banda protesting during a televised interview). In the case of others, such as the mob lynching of Muammar Gaddafi, the state of vulnerability is more palpable.

Dolph van Eden
Dolph van Eden graduated from UAL in 2014. His areas of interest are Visual Anthropology and the history of Central Asia. As an artist investigating the medium of drawing, he has worked as a teacher and consultant. His art practice encompasses illustration, photography and film installation.